How to Make Feather Covered Cone Trees for Valentines Day 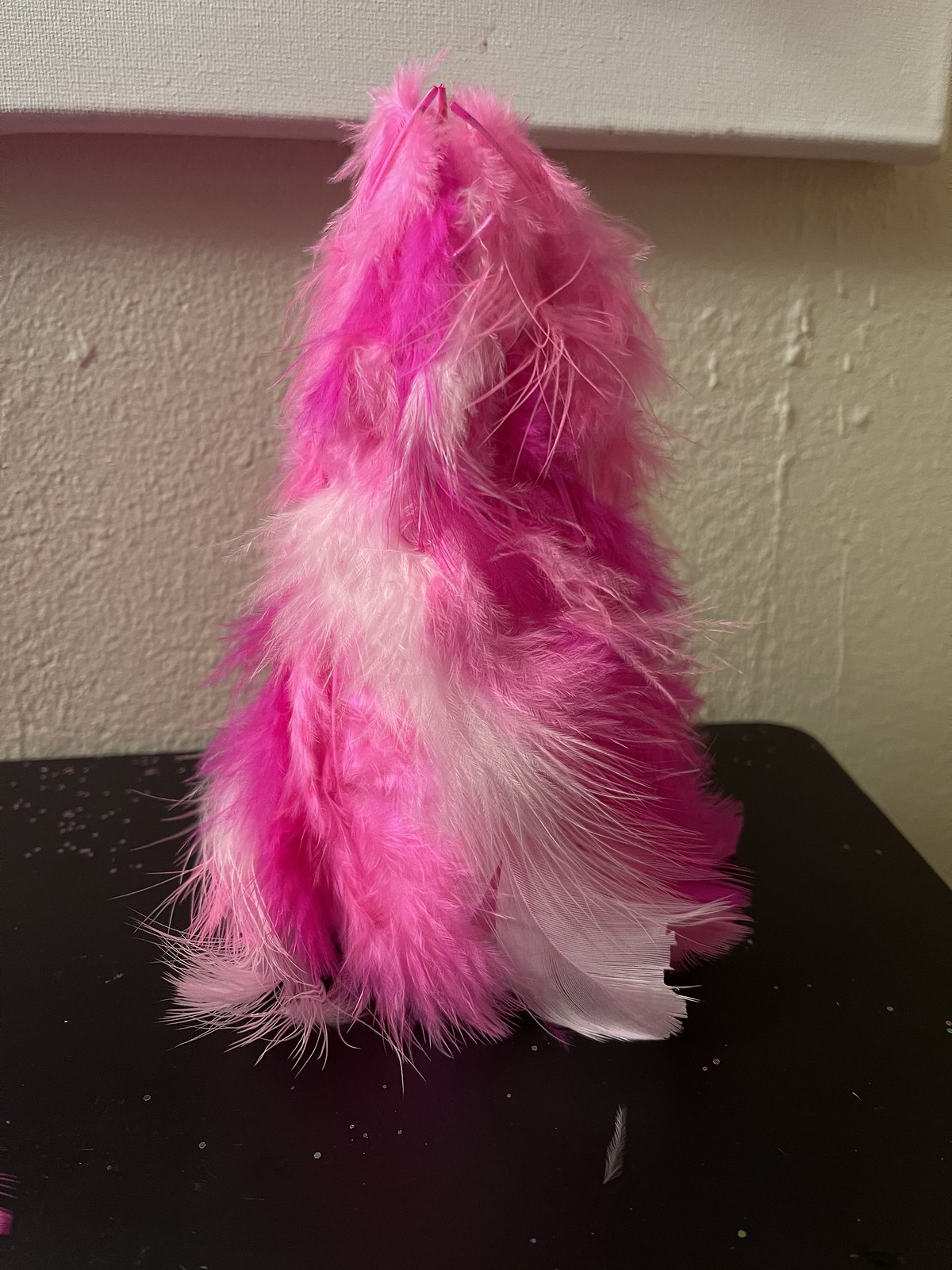 I found the cutest pack of feathers with various shades of pink and I thought they would be a great texture for a cone tree. I found this pack at Michaels. I also used a cone shaped foam from FloraCraft sold at Michaels Craft Store. These cones are made from recycled plastic. I also used craft glue from Crafters Square, which I bought at the Dollar Tree. 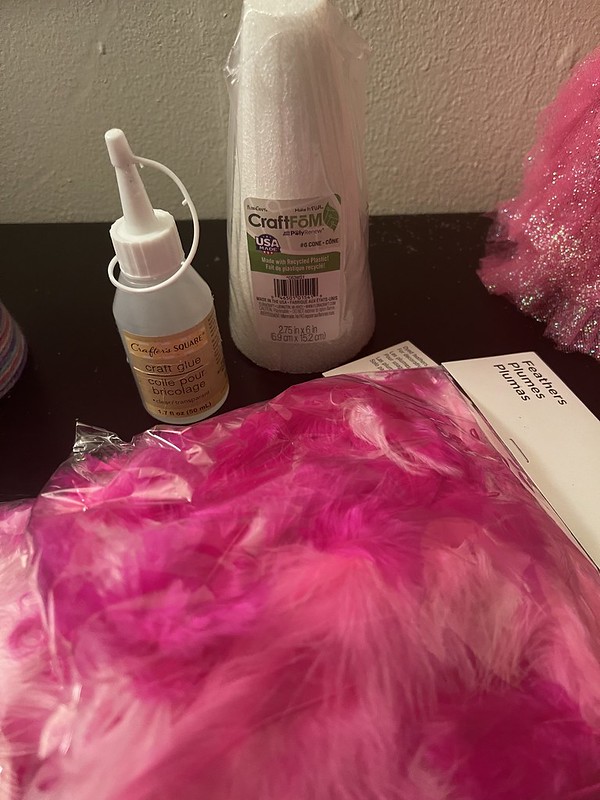 The first thing I did was sorted the feathers by size into piles. 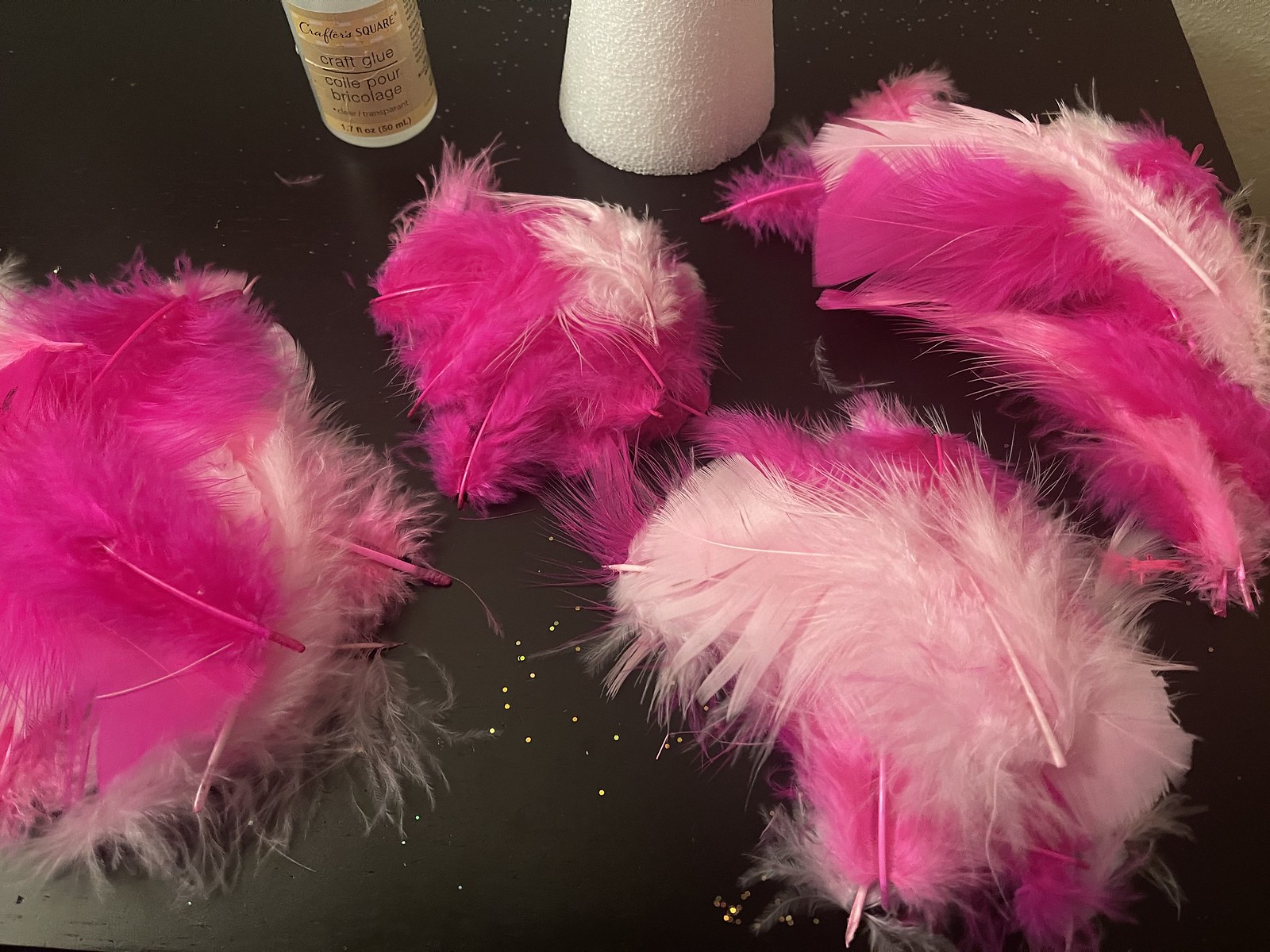 I put a spot of glue to the top of the foam cone and stuck a feather to it. I used the smallest feathers on the top and went larger as I moved down the cone. 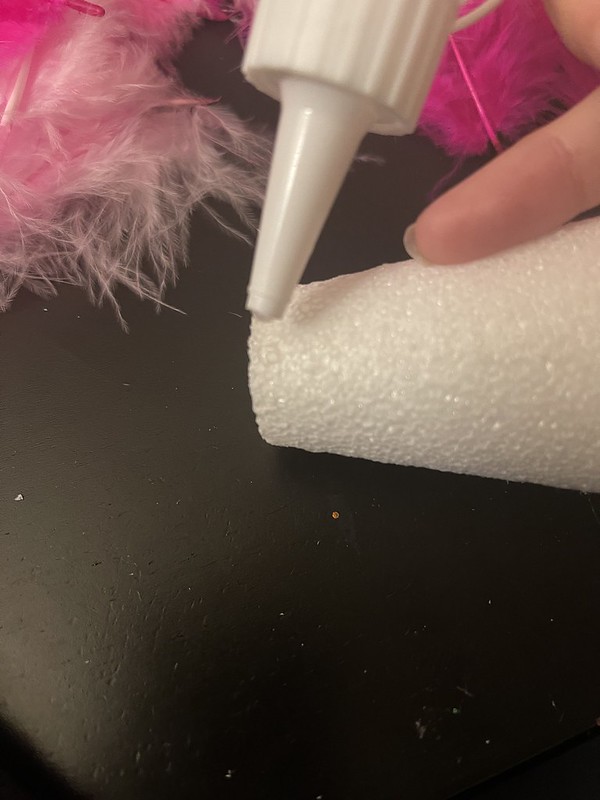 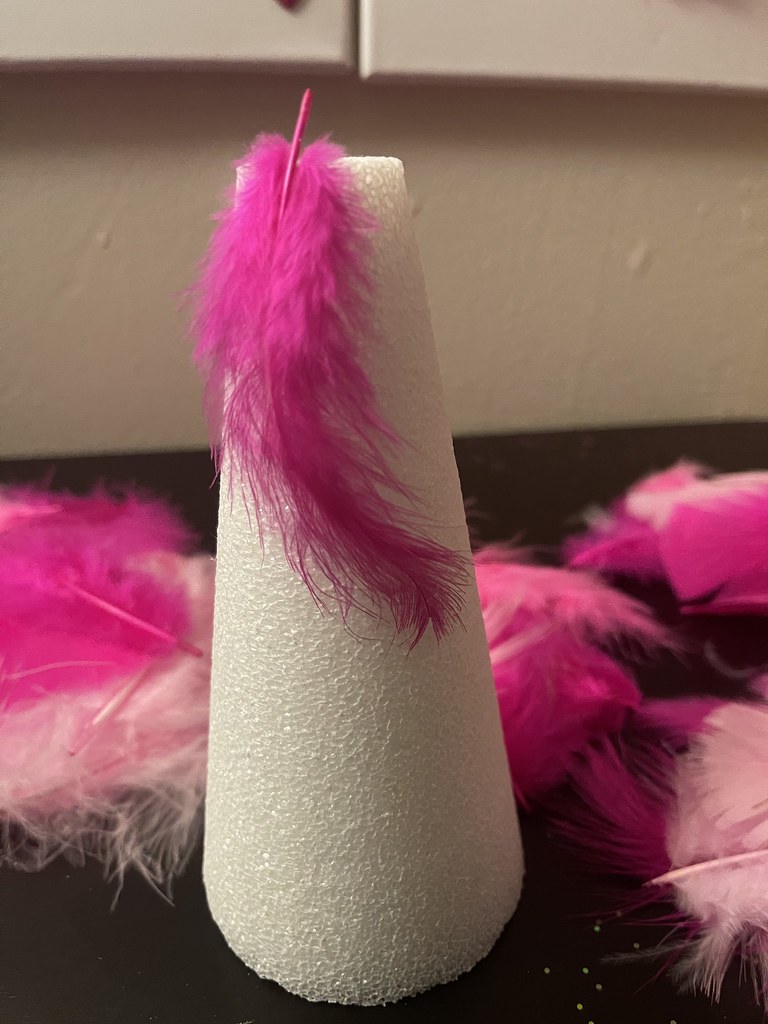 I attached a second feather right next to it. I positioned the feathers upside down with the center stick (not sure what it’s called! Is it a bone??) facing up. 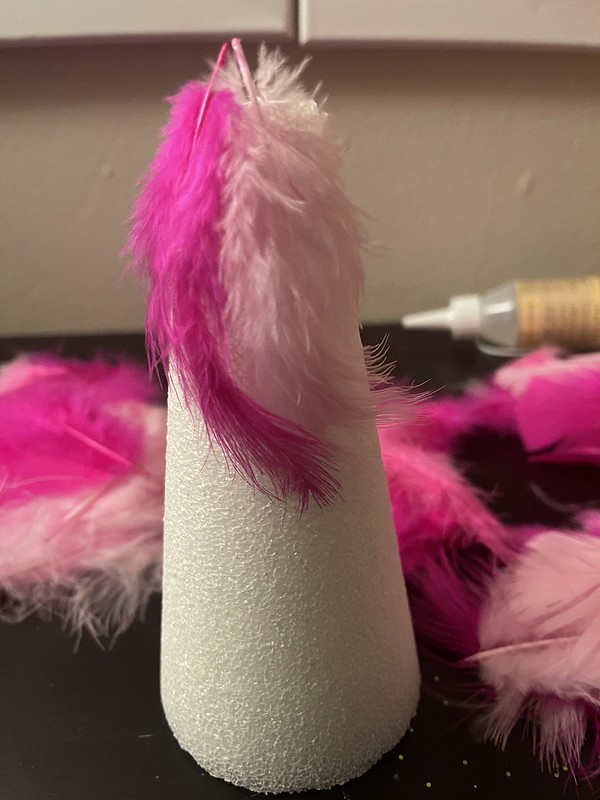 I continued to glue the smallest feathers to the entire top perimeter of the cone. 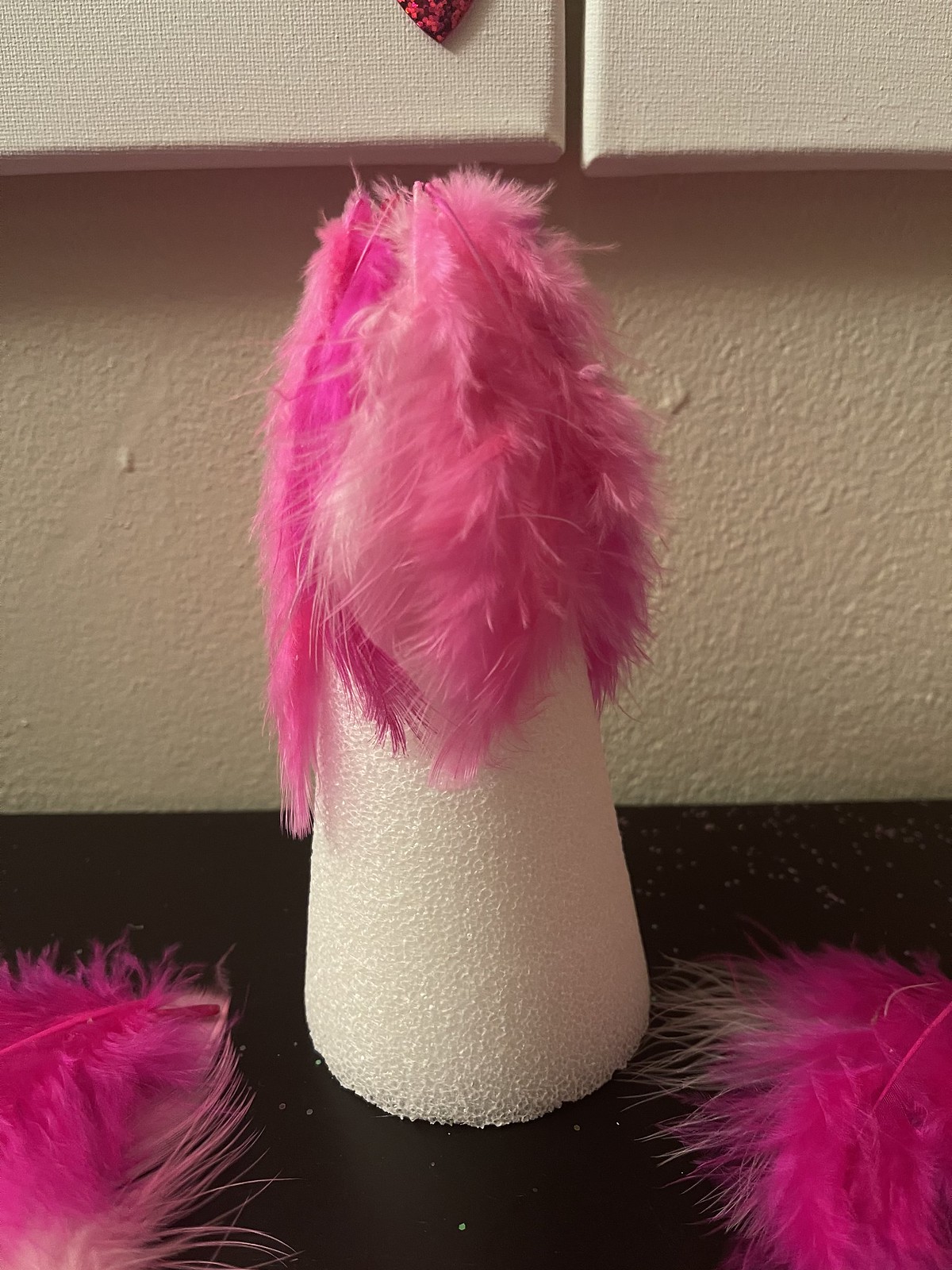 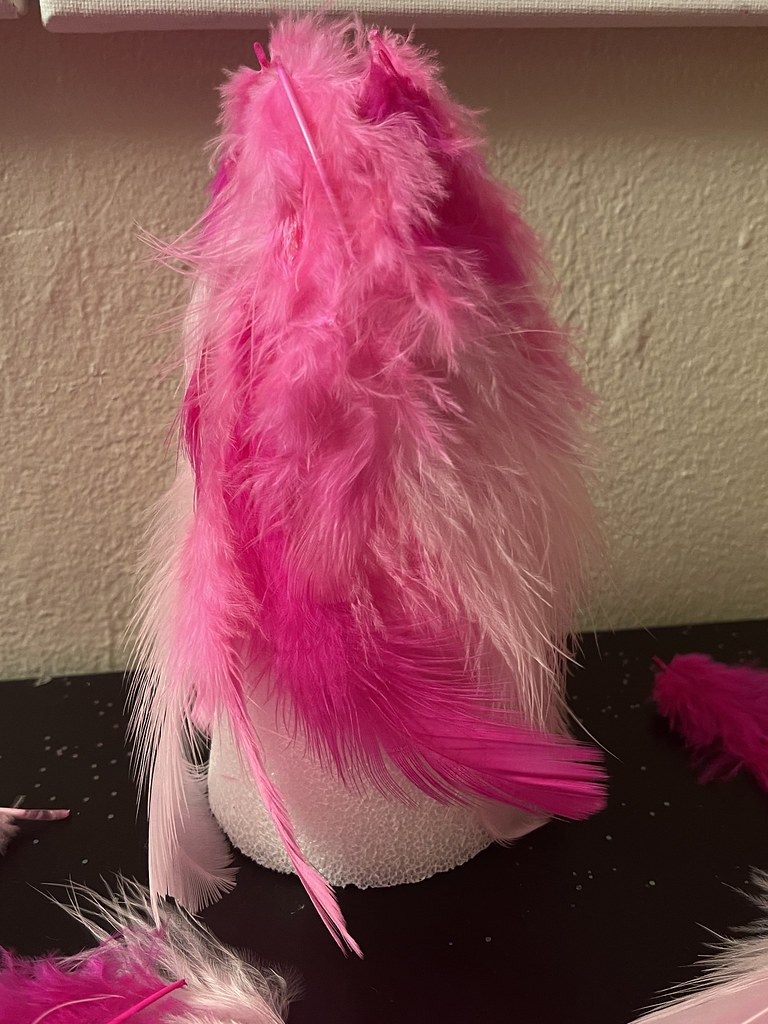 I added the rest of the second feather layer, tucking each feather underneath the top ones.

I added the final layer of feathers and tucked them underneath the feathers at the second layer. It was a small cone and it only took 3 layers of feathers to cover the foam cone completely.

Voila! It’s complete. I have added to this years canvas and foam tree collection. 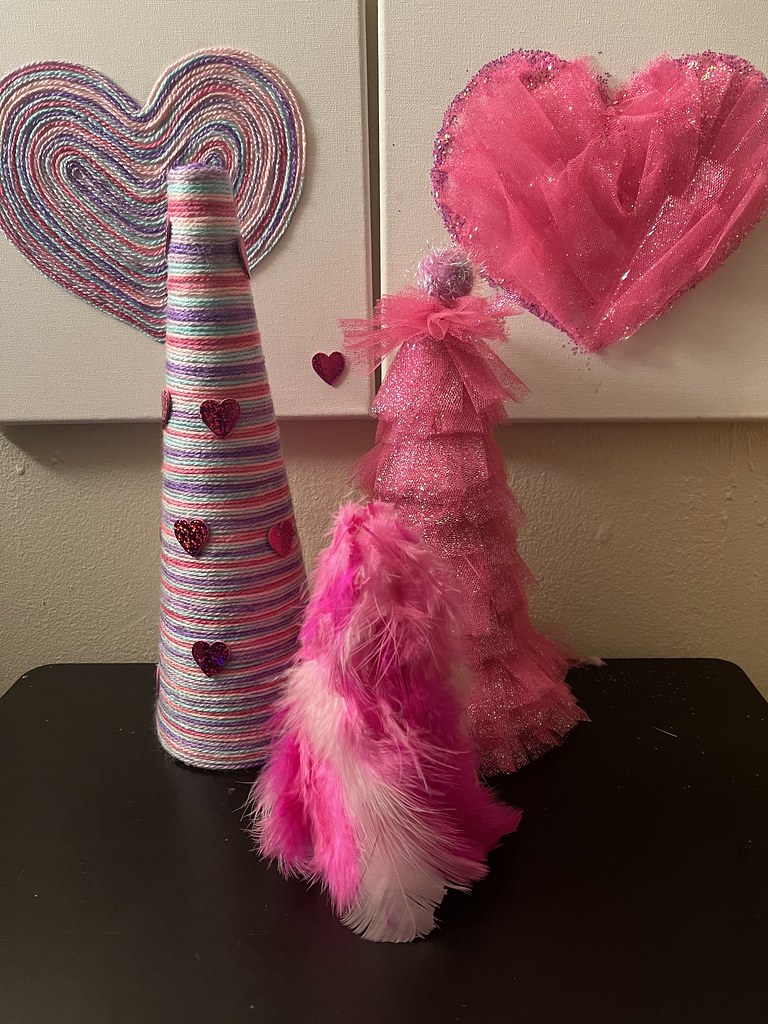 I should have glued the bottom larger feathers first so that I wouldn’t have struggled so much with tucking the bottom layers underneath the top with glue!

Thanks for Visiting Valentines Day Wikii!